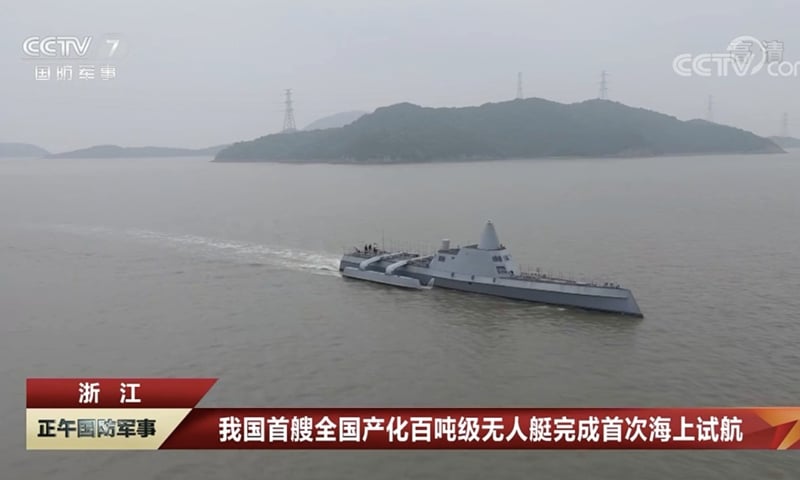 The Chinese authorities have announced that they have successfully conducted the first sea trial campaign for a trimaran surface naval drone demonstrator on June 7, 2022, after a 3-hour autonomous operational mission at sea, which made it possible to collect lots of data. In September 2020, a photo published on social networks caused a sensation by showing a prototype of a Chinese surface drone on the Yantze River, in a configuration in all respects comparable to that of the Sea Hunter surface drone of the US Navy. In these dimensions as in its tonnage, the Chinese ship indeed seemed directly inspired… 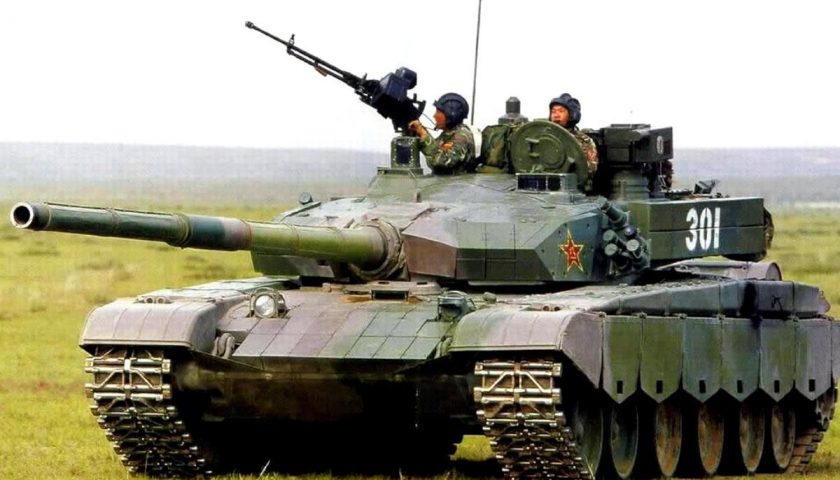 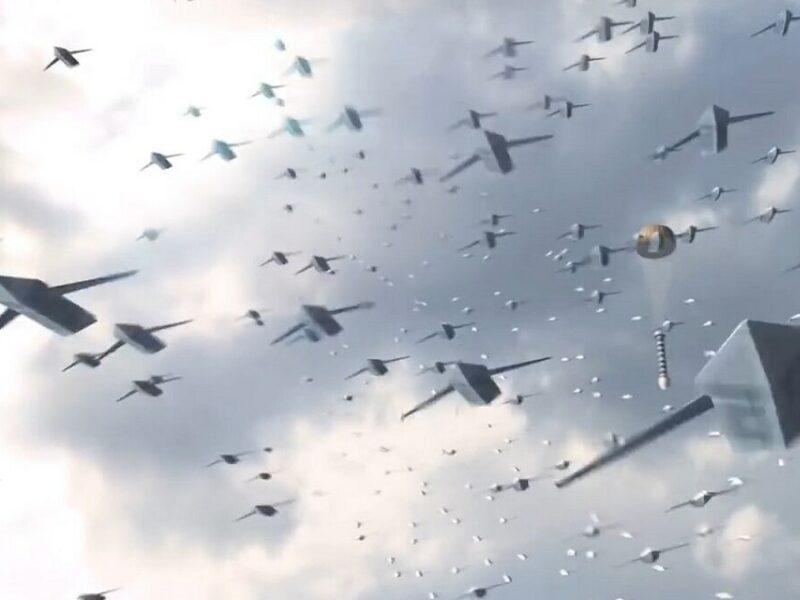 If support for Ukraine is at the heart of the strategic concerns of the American executive, it is the defense of Taiwan which, for several years, has given nightmares to the strategists and planners of the American armed forces. Indeed, most of the simulations and wargames carried out in recent years show that protecting the independent island since 1949 from a massive assault launched by the People's Liberation Army in a few years' time will be a task that is both one of the most difficult and most perilous for US forces. Between the hypotheses of massive preventive strikes against the island and against the American military bases present in this theater (Japan, Guam, etc.), the capacities… 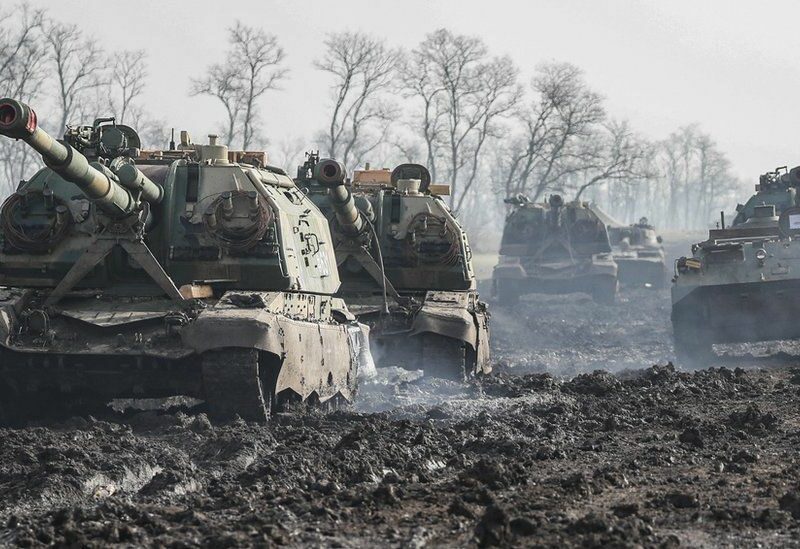 Since the start of the fighting in Ukraine on February 24, the Russian armies have shown a face that surprised even the most circumspect analysts as to the reality of its military power: weak morale, poor coordination of forces, very questionable strategy, faulty logistics. , malfunction of precision weapons, revelations followed one another to explain the repeated failures of the Russian offensive in the face of a much more modest Ukrainian resistance, with an annual defense budget 10 times lower than that of Moscow. The most surprising of these revelations concern the vulnerability of Russian forces to cyber attacks, as well as their poor mastery of… To say that on the 7th day of the Russian-Ukrainian war, the operations did not go as expected by the Russian General Staff, is obviously an understatement, to the point that now Moscow is restructuring its offensives to respect a strategy much more classic based on the extraordinary firepower of Russian artillery and bombing aviation. However, these first days of combat made it possible, through numerous observations widely analyzed by the OSINT community, to identify several critical failures affecting the Russian forces engaged in this operation. Surprisingly, some of these failures precisely affect reputed areas of excellence of the Russian army, and in fact raise questions about… 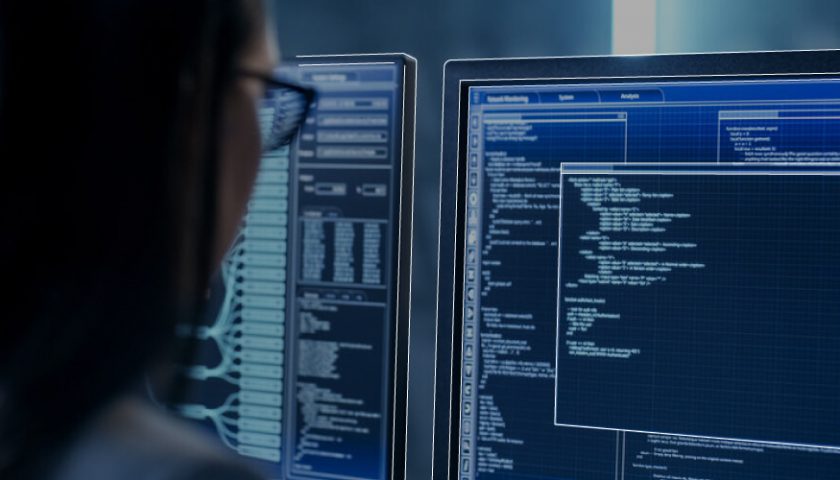 One of the most striking lessons from the Covid crisis, which has been hitting the world for more than two years, is probably not the vulnerability of human societies to the appearance of a new pathogen, a subject that has been documented for many years. years. On the other hand, this crisis highlighted the immense dependence of Western societies on their health system, and on the adherence of citizens to this system. Thus, it was never the incidence rate, yet the alpha and omega of epidemiology, any more than the number of deaths, which were at the heart of political decisions in Europe and the United States to stem the effects of… 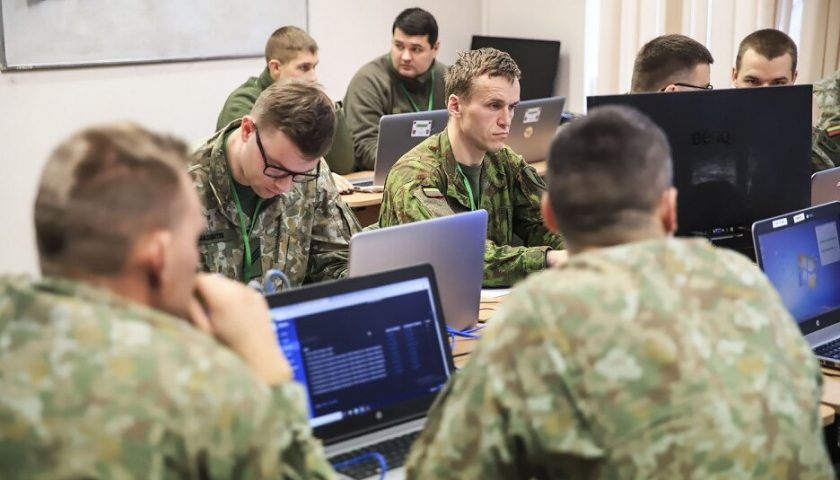 About ten days ago, several ministerial sites and the 3 most important Ukrainian banks were targeted by a massive cyber attack of the denial of access type, or DDOS. For nearly 24 hours, the communication capacities and services of these structures were thus paralyzed by this attack, the origin of which was attributed to groups of Russian hackers. In the current context of extreme tensions, the capacity for the Ukrainian authorities to maintain functional communication channels with the population and to maintain active banking services for the population, is as decisive as the operational military responses of its… 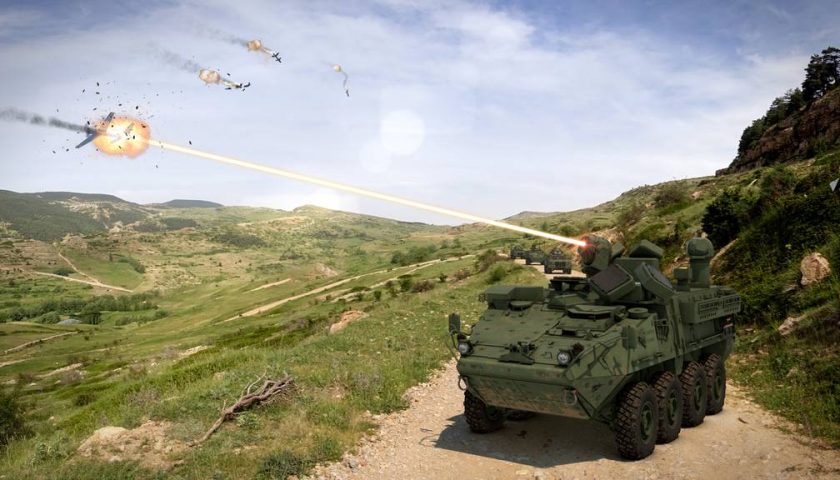 If the last years of the cold war were the occasion of numerous and important technological advances in the field of armaments, with the arrival of cruise missiles, stealth planes and ships and advanced command and geolocation systems, this dynamic came to a complete halt with the collapse of the Soviet bloc. In the absence of a major and technologically advanced adversary, and because of the numerous asymmetrical campaigns in which the armed forces took part, very few significant advances were recorded from the technological point of view between 1990 and 2020, with the notable exception of the generalization of aerial drones of all types. But with the emergence, since the beginning of… Despite the crisis linked to the Covid-19 pandemic, the news in 2021 was often marked by certain defense technologies, in a geopolitical context of growing tensions and critical crises. From Australia's surprise cancellation of the order for French-built conventionally powered submarines to switch to US-British nuclear attack submarines, to hypersonic missiles; from underwater drones to China's new fractional orbital bombardment system; these defense technologies, long in the background of the world media scene, found themselves in the news, and sometimes in the headlines during this year. In this two-part article,… While it is still not known whether Berlin will choose to preserve and develop its fleet of Tiger combat helicopters, or to equip itself with American AH-64 Apaches, Airbus Helicopters has detailed the improvements that are planned on the future Tiger III standard, which should allow the aircraft to remain in service until 2035, and the arrival of a possible new European combat helicopter. Thus, this new version will integrate an advanced evolution of the aircraft's mission management, communication and cooperative engagement capabilities, with a redesigned cockpit approaching the Glass Cockpit of new generation aircraft, redundant satellite geolocation systems, etc.